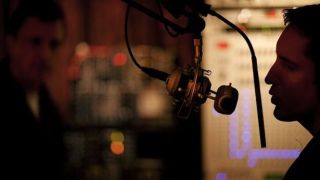 Can Daisy beat Spotify with a human element?

Nine Inch Nails frontman Trent Reznor has detailed his plans for a streaming music service to be built in collaboration with Dr. Dre's headphones company Beats by Dre.

Reznor spilled his guts in this week's issue of The New Yorker, as detailed by Pitchfork on Monday.

The new music streaming service is currently known as "Daisy," though it seems based on Pitchfork's language that that may be subject to change.

Daisy will reportedly launch early next year and will be intended to compete directly with Spotify, and by extension Pandora, Xbox Music, and even Apple's still-unannounced iTunes Streaming service.

'Not what you're expecting'

Reznor announced the partnership with Beats by Dre in October, at the time saying, "It's probably not what you're expecting."

The "Closer to God" singer is reportedly helping to design Daisy, though his exact role is not totally clear.

Reznor reportedly told The New Yorker that Daisy will compare favorably with Spotify, saying, "'Here's 16 million licensed pieces of music,' they've said, but you're not stumbling into anything. What's missing is a service that adds a layer of intelligent curation."

Thus, Daisy "uses mathematics to offer suggestions to the listener... [but also] would present choices based partly on suggestions made by connoisseurs, making it a platform in which the machine and the human would collide more intimately," Reznor explained.

It's all in the math

Reznor said of existing music streaming services, "That first wave of music presentation which felt magical, the one where the songs are chosen by algorithms that know who you listened to... has begun to feel synthetic."

Daisy remedies that shortcoming by offerings suggestions selected by human "connoisseurs," as Reznor put it, alongside those suggested by the service's algorithms.

He reportedly said it's "like having your own guy when you go into the record store, who knows what you like but can also point you down some paths you wouldn't necessarily have encountered."

As The Verge pointed out on Monday, Beats by Dre and Interscope Records acquired steaming music service MOG over the summer, though it remains to be seen whether that has anything to do with Daisy.