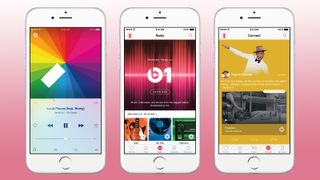 Apple is reportedly working on bringing higher-resolution audio streaming to Apple Music. The sound would be better than CD quality, which sits at about 44kHz/16-bit.

Sources claim to have learned during the Portable Audio Festival in Japan over the weekend that Apple is developing 96kHZ/24-bit audio streaming for Apple Music, according to Japanese website Macotakara.

The sources say Apple is hoping to launch the higher-res streaming sometime in 2016, and would position Apple Music to take on Tidal, already streaming CD-quality tunes.

Listen to the (higher-quality) music

Rumors of Apple working on high-res audio streaming aren't new, along with Apple ditching the 3.5mm jack in favor a thinner Lightning port that also doubles as audio output.

The Lightning port allows for higher quality audio through digital signals, while the 3.5mm jack is limited to analog signals that offer CD-quality at best.

Apple officially announced Lightning module for headphones back in 2014, and we've already seen Lightning-port headphones, like the Philips Fidelio M2L.

Of course, we recommend taking all this with a grain of salt, but with the iPhone 7 likely bringing in an all-new design along with revamped features next year, we wouldn't be too surprised to see high-quality audio streaming find it's way to Apple Music as well.