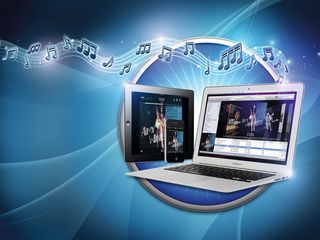 Digital music downloads rose by almost a quarter in the UK in 2011, but it couldn't prevent an overall decline in album sales.

Sales through iTunes and other download platforms reached 26.6m albums, which was a 24 per cent rise on the 2010 figure.

However, when CD sales are factored in overall album sales in the UK fell 6 per cent.

Contrary to the albums market, individual song sales rose once again for the fourth consecutive year with 177.9 million copies shifted in 2011 compared with 86.6 million in 2007.

The two trends continue to suggests that people prefer to cherry pick their favourite tracks on iTunes rather than splashing out on an entire album.

Naturally, illegal downloads have been blamed for the decline, while popular, and free, music streaming services like Spotify have also taken a chunk from album sales.

One media consultant thinks that rather than bemoaning the new forms of consumption, the music industry should embrace and learn to monetize them.

"People now buy the individual songs they like rather than buying the whole album because they like a single," said Philip Buxton.

"So they might buy the single and then use services like Spotify and Last.fm to listen to the other tracks and are then much more selective about what they purchase.

"The implication for the record industry is that they need to embrace this new model rather than fight it."