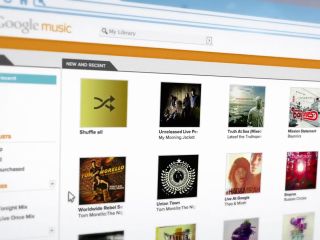 Google no longer frugal about your uploaded music

Google has announced a significant new feature for Google Music – a link that allows you to download your entire music library from the service.

Although it is not yet available in the UK, Google Music has been live in the US since November (after a closed beta that began in May, offering users the opportunity to upload their entire music collections to its cloudy service, ready for playback on an Android portable device when a data connection is available.

Until now, though, it has been something of a one-way street – you could add music to the free service but there was no way to download music unless it was actually purchased from Google.

Say it proud and say it cloud

Cloud backup services have been getting a hammering of late because of the MegaUpload furore, so the timing for a trusted – well, trusted if you don't take into consideration the current dubious privacy shenanigans - company like Google to show the world that you can chuck your content into a cyberlocker without the fear that someone is going to lose the key.

There's been no word on a Google Music UK release date, so at the moment we will have to look on with jealous eyes from afar.

Or cross our fingers that Apple will offer something similar with iCloud - a substantial amount of cloud space for free and not what it is offering at the moment - but that's unlikely to happen.