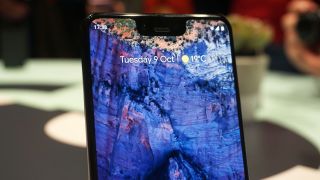 Even by flagship standards the Google Pixel 4 range has leaked extensively, and now someone has even seemingly gone hands-on with a Google Pixel 4 XL, revealing information about the camera performance and other features of the phone.

Nextrift has got a hold of a pre-release version of what it’s “almost certain” is the Google Pixel 4 XL, and among other things the site tested its camera in comparison to the snapper on the Samsung Galaxy S10 Plus. It found that while colors in photos from the S10 Plus were more saturated, the Pixel 4 XL managed more true to life colors and better detail preservation.

In other words then, based on these early impressions it seems the Pixel 4 XL might have a better camera – though some people are sure to prefer the vibrant shots the Galaxy S10 Plus is capable of, and the site noted that the Pixel 4 XL did seem to struggle with focusing on closer subjects.

This is (possibly) the #Pixel4XL, and we got our hands on one. Hit the link for our first impressions! https://t.co/hyNn1y9EOY pic.twitter.com/UbA56RCwTtSeptember 23, 2019

The site also talked about the design of the Google Pixel 4 XL, which apparently includes a matte finish on both the frame and the glass back.

It noted that the texture on the back isn’t what they expected, as while it’s a matte texture it’s apparently “a very light finish, to the point where it almost feels like regular glass.”

Google’s Face Unlock feature also gets some attention, with the site saying that this is the only biometric security option – there’s no fingerprint scanner.

It added that Face Unlock works quickly and reliably, even in darker environments, but that it doesn’t function when the phone is lying flat on a table. Rather, they had to be looking directly at it.

An included image meanwhile shows that the feature is quite customizable, as you can choose what things to use it for (such as unlocking your phone or app sign ins), and whether your eyes need to be open.

Finally, the site added that the Pixel 4 XL has a 90Hz refresh rate, as was rumored, and that you can switch back to 60Hz if you’d prefer.

As with all leaks we’d take this one with a pinch of salt, but there aren’t any red flags and this close to launch there’s a high chance it’s accurate, especially with how much the Pixel 4 range has leaked already. We’ll know for sure soon, as Google’s flagships are landing on October 15.