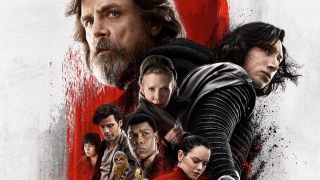 What are the best Disney Plus movies? Disney Plus has launched in the US, Canada, the Netherlands, Australia and New Zealand, with the rest of the world to follow in 2020. The streaming service has arrived with decades' worth of Disney animated classics, as well as many highlights from Pixar, Star Wars and the Marvel Cinematic Universe.

Even though the platform is still pretty new, it can be a little overwhelming to figure out where to start when it comes to movie watching.

That's why we've hand-picked the best Disney Plus movies, so you can dive into the superior stuff first. If you're looking for the best Disney Plus TV shows, we can help with that, too. And since we expect the platform to grow ever larger with more quality Disney content, we'll keep updating this list with new movies as they reach the service.

2020 launches are planned for some of the other Marvel, Star Wars and Pixar heavy hitters, so keep checking back as the Disney Plus catalogue expands.

The 20 best Disney Plus movies in 2020: from Star Wars to Snow White

Added in late 2019 to Disney Plus, Thor: Ragnarok is easily the best of the Thor trilogy. It features Mark Ruffalo's Hulk and introduces Tessa Thompson's Valkyrie, and is generally a lot funnier than your average Marvel picture (and their batting average for jokes is already pretty good). That's because it's the work of Taika Waititi, director of offbeat movies like Hunt for the Wilderpeople and What We Do in the Shadows.

Disney's 2019 Aladdin outing could've gone very wrong indeed: Guy Ritchie certainly isn't averse to producing a flop and the media company has a troubled history with the story, including the controversial 1992 version. But that didn't happen, and this modern retelling of one of Disney's best yarns lets Will Smith shine in a less-serious role, and stays true to a classic story.

Guardians of the Galaxy

We've put a few other Marvel movies on this list, but they are genuinely pretty different propositions. This first Guardians movie remains a wild, weird and funny sci-fi adventure, with an oddball bunch of characters that now somehow find themselves with comparable popularity to the likes of Iron Man and Captain America. The second one isn't quite as good.

Pirates of the Caribbean: The Curse of the Black Pearl

Few movies series outstayed their welcome like the Pirates of the Caribbean did, but even though the films eventually ended with a bit of a shrug, the first one remains an enjoyable adventure movie. Not bad, considering it was famously based on a theme park ride. Just don't watch the rest of them unless you really can't help yourself.

It's tricky to pick one film from the '90s Disney animation renaissance, but this was arguably the centerpiece of an amazing time for the studio: an epic story of betrayal, romance, and adorable lion cubs, with beautiful animation. The absurd success of this year's live-action remake is built on nostalgia for this classic.

The third Captain America film is as much an Avengers film as it is about Steve Rogers himself, featuring most of the characters seen in Age of Ultron – and Black Panther and Spider-Man besides. This gets to the heart of Captain America and Iron Man more than perhaps any other Marvel movie to date.

It was the biggest film of all time before Marvel came along, and no doubt one of the key reasons Disney bought out Fox. It may have been ten years since it was released, but Avatar still looks as visually impressive as ever. And with two sequels on the way, and potentially another two after that, it’s the perfect time to catch up.

What do you get when you cross a Marvel comic with Disney’s animation studios? Big Hero 6, a story about a boy and his robot. A robot that helps inspire him and his friends to become superheroes and protect the city of San Fransokyo. There’s a perfect mix of visuals (blending American and Japanese cultures and aesthetics) with a heartwarming story, and by the end of it you’ll never think of a simple fist bump the same way again.

When it comes to Disney’s recent animated offerings, nothing really tops Frozen. Those songs have a habit of setting up camp in your brain and never leaving, to the point where it became Disney’s best-selling animated film to date. A sequel was almost guaranteed from the get-go, and with Frozen 2 coming before the end of 2019, it’s the perfect time to remind yourself of what made the original so great.

Whichever Star Wars film is deemed ‘the best’ is up for debate, but as a saga it’s hard to watch just one and be done with it.

Thankfully every single Star Wars movie is available on Disney Plus already, minus Solo and The Rise of Skywalker which should both arrive in 2020, even including the animated Clone Wars movie most people seem to forget. The original trilogy is presented in 4K for the first time, with Dolby Vision. The only question you have to ask is what order you watch them all in...

Few films reflect our divided times quite as well as Rian Johnson's take on a galaxy far, far away: for most, either it's one of the best of the lot, or it should be scrubbed from the epic canon post-haste.

Ultimately it's a film unafraid of taking risks, with many of the more challenging plot threads largely ignored or squashed in the arguably safer ending of the trilogy of trilogies, The Rise of Skywalker. But whichever side of the controversy you stand, The Last Jedi is still a relentlessly entertaining way to spend two-and-a-half hours. Plus aren't Porgs just the cutest thing? We can all agree on that, surely?

Snow White and the Seven Dwarfs

The original Disney movie, released back in 1937, proved instrumental in kicking off several decades of animation dominance at the House of Mouse. It wasn’t the first thing Disney ever made, but without Snow White we probably wouldn’t have everything that came afterwards. There are 80+ years of animated Disney films to enjoy, but you have to start somewhere – and it might as well be the beginning.

It might be surprising to hear that TRON is a Disney film. It certainly doesn’t fit the mold of Disney’s other old-school live-action flicks, but that doesn’t make it any less important.

TRON was a pioneer in CGI effects, and as dated as they look now the film’s vision of a virtual world is still mind-blowing. Good science fiction keeps us looking towards the future, and until we can enter a TRON-like world of our own, it’s still a fine example of what could be – more so than the Ready Player One movie, at least.

Another film with revolutionary VFX, Who Framed Roger Rabbit is no simple whodunnit. It manages to seamlessly blend live action and animation, and makes you believe there’s a world where Bob Hoskins really could interact with a flamboyant cartoon rabbit.

That said, the real magic is how Disney managed to get the rights to all the animated icons it didn’t own. Who would have thought Daffy Duck and Mickey Mouse would ever appear in a film together?

The Nightmare Before Christmas

Is it a Halloween movie or a Christmas movie? It could be both, but Disney Plus is launching in the middle of both holidays and that means it’s the perfect time to watch it. Halloween and Christmas don’t really mash together very well (as Jack Skellington is shocked to find out), but somehow The Nightmare Before Christmas makes it work. And if that doesn’t make you want to tune in, then maybe the chance to watch some old-school stop motion animation will.

Surprisingly, not all the Marvel movies have come to Disney Plus at launch– but Avengers: Endgame really is a shoe-in.

Not only is it the highest grossing film in box office history, it’s also the culmination of everything Marvel Studios kicked off with the release of Iron Man back in 2008 (see below). There has never been a film like it, and honestly there won’t be another one for a long time – if ever. At a three-hour running time, though, make sure you've cleared your whole evening.

2008’s Iron Man was the first entry in the now-massive Marvel Cinematic Universe, and fully deserves to be one of Disney Plus’ launch titles. We wouldn’t have got all the way to Endgame if Robert Downey Jr hadn’t done so well stepping into the shows of Tony Stark the way he did. Those flip phones and MySpace references haven’t aged gracefully, but the film itself is still as strong as ever.

If Snow White was responsible for starting Disney’s animated dominance, Toy Story did the same for Pixar. It’s aged incredibly well since its 1995 debut, and Disney Plus makes it the perfect way to introduce your own kids to the film and make them suspicious of whether their toys are secretly alive or not – or, since there are now four films in the series, kick off a Toy Story marathon.

If you ever meet someone who doesn’t love WALL-E, then I suggest you run far, far away from them. Pixar movies have a habit of being both memorable and outrageously cute, but WALL-E takes it to another level.

It’s impossible to not love the trash-compacting robot on his impossible task of trying to clean up the Earth, and his growing romance with new robot companion EVE really tugs on the heartstrings. Equal parts adorable and heroic, it’s a must-watch for any Pixar fan.

Charles Dickens’ best known work has been adapted many, many times over the decades, but none of them come close to the heart and playfulness of The Muppets version – certainly one of the better Christmas films out there. With the holiday season coming up this should definitely be on everybody’s watch list, even if it’s just to see Michael Caine and Kermit the Frog share screen time.

Bambi has been traumatizing children ever since it first arrived in 1942, and its arrival on Disney Plus means it can continue traumatizing modern kids in exactly the same way. No childhood is really complete without seeing the tragedy of Bambi’s mother being shot (as cruel as it may be), and its presence on Disney Plus means your own kids can experience that rite of passage for themselves.

Who knows, maybe the nostalgia will be enough to sit you down in front of it yourself.