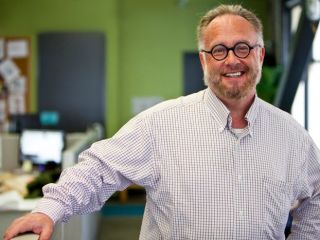 A discussion thread has been "Godwinned" as soon as somebody makes a comparison to Hitler or the Nazis.

From the laws of thermodynamics to Murphy's Law, laws define and describe the world around us - and in tech, they explain everything from the way your browser works to the reason some people do daft things for a laugh.

These ten laws explain Facebook's popularity, what'll happen to your smartphone and why there are Spongebob Squarepants images you really, really don't want to see.

Kryder's law is the storage equivalent of Moore's Law (more of that in a moment): Seagate's vice president of research said back in 2005 that magnetic disk storage density doubles approximately every 18 months.

That also means the cost of storage halves every eighteen months, enabling online services to give us more storage without charging any more for it. It's worth mentioning that SSDs aren't subject to Kryder's Law: as they're solid state, Moore's Law is more relevant.

Ever wondered why your seventy-three-core monster PC isn't noticeably faster at everyday tasks than the PCs of ten years ago? Niklaus Wirth has, and in 1995 he observed that "software is getting slower more rapidly than hardware becomes faster." Wirth's law has been invoked by, and wrongly credited to, both Google's Larry Page and Microsoft's Bill Gates.

3Com founder Bob Metcalfe's Law originally described fax machines and computers, but it applies equally to the internet and to internet services such as Facebook: the value of a telecommunications network is proportional to the square of the number of connected users of the system. A social network with one user is completely useless; with a billion, it becomes almost essential.

"Any observed statistical regularity will tend to collapse once pressure is placed upon it for control purposes," professor Charlie Goodhart said in 1975: in other words, if you set targets to try and make something good happen, people will find a way to hit the targets without improving anything, rendering the whole exercise pointless.

The best example of this in action is Google: when it used incoming links in PageRank to make search more useful, spammers set up link farms and spammy blogs to artificially inflate their sites' PageRank.

Fitts's Law is crucial to user interface design, from touchscreen apps to the buttons on a website. Paul Fitts studied human-computer interaction and found that the time it takes to move and click on something is a function of how far away it is and how big it is.

Smartphones are particularly good places to see it in action - some sites' navigation is effectively unusable on small screens, while on-screen keyboards in iOS invoke Fitts's Law by trying to predict what character you'll go for next and making its tappable area larger.

The late Roy Amara was a scientist and president of the Institute for the Future, a Californian think tank, and his Law encourages us to think long term about new technology: "We tend to overestimate the effect of a technology in the short run and underestimate the effect in the long run." The online reaction to Apple products tends to illustrate both bits of Amara's Law beautifully.

There are two different Linus's Laws: one says that "given enough eyeballs, all bugs are shallow" - that is, throw enough smart people at something and they'll work out how to fix it - but we prefer the one Linus Torvalds described in his 2001 book, The Hacker Ethic and the Spirit of the Information Age: the motivation for everything falls into three categories, "survival", "social life" and "entertainment". It explains why some people contribute to open source projects and why others join Anonymous or do daft things for the "lulz".

The second most famous tech law didn't actually say that computing power doubles every two years - Moore's Law originally said that the number of transistors you can put on an integrated circuit doubles, which isn't quite the same thing, and Moore changed his prediction from every year to every two years in 1975 - but despite many predictions of its demise it's been a reliable measure for several decades. Today it's a useful indicator of the future for smartphones and SSDs.

"As an online discussion grows longer, the probability of a comparison involving Nazis or Hitler approaches 1". That's Godwin's Law of Nazi Analogies as defined by US attorney and author Mike Godwin in 1990. It's generally agreed that when a discussion thread has been "Godwinned" the discussion is over, although that only applies if the Nazi or Hitler reference is used in a non-ironic way. Although it's a funny idea, Godwin had a serious point to make: "I wanted folks who glibly compared someone else to Hitler or to Nazis to think a bit harder about the Holocaust," Godwin says.