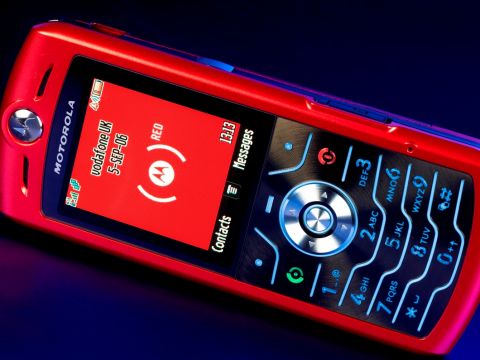 Good performance and functionality, but let down by camera

The red metallic casing that Motorola has put around this special edition of its ultra-thin SLVR phone may put off some potential buyers looking for something a little more subtle.

But just as with those wristbands that show support for worthy causes such as eliminating world poverty, it is not the colour scheme that counts - it is the message that it represents. This handset is about as worthy as you can get with a phone, as buying it means that you are doing your bit to fight the AIDS pandemic in Africa, as well as publicising the cause.

It is a part of a string of (PRODUCT) RED goods and services produced by top companies such as American Express and Armani to support the Global Fund charity. Buy this phone and both Motorola and your network will throw £5 a piece into to the cause.

And every time you make a call, send a message, or download a web page, 5 per cent of what you pay will be put aside for the fight - whatever your network, or tariff.

The SLVR is part of the same family as the popular RAZR handset but without the flip mechanism. It is the cheapest and arguably the simplest of the phones in this roundup. But despite this it does have its charms. Most notably it has a microSD memory card slot, which allows you to carry around a good number of tracks with you to take full advantage of the built-in MP3 player.

This produces a nice enough sound from the speakerphone, even before you plug in a stereo headset, which, of course, boosts performance considerably. Loading up tracks is straightforward, too, particularly if you swap your tracks over using the memory card.

The Achilles heel of the phone is the camera. With a mere third of a million pixels to work with, the VGA camera supplied with this model is at the lower end of current expectation. The pictures are fine for sending photo messages - but forget about producing prints from these shots. Images are soft, lack any real detail, and look rather grainy.

Video recording, though, is possible, and you do have the memory card option to store larger clips and pics on top of your music.

There are a selection of RED-themed wallpapers and other content loaded onto the device as well, to reinforce the message.