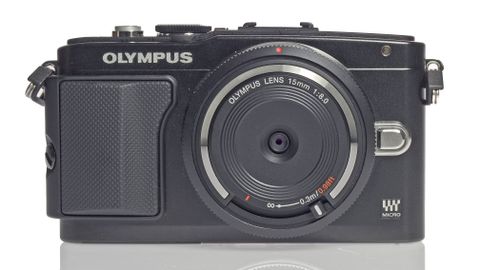 Because it uses the same sensor as the Olympus OM-D E-M5, we had extremely high hopes for the Olympus PEN Lite E-PL5, and we're extremely pleased to say that the camera doesn't disappoint.

Images straight from the camera are extremely good. They contain lots of detail and the colours from it are rich and punchy without being overly vibrant.

There's a good range of shooting modes to enable you to get the best from the imaging sensor. For instance, should you find yourself shooting autumnal trees, you can opt to shoot in 'Vibrant' mode to emphasise colours, while you can shoot in 'Neutral' for other subjects, such as portraits.

Autofocusing speeds are one of the key selling points of both Olympus and Panasonic cameras, with both companies claiming to have the fastest speeds. It's difficult to measure which is accurate, since we're talking about fractions of a second, but needless to say the Olympus PEN Lite E-PL5 is another very quick camera with impressive speeds that enable you to capture the action as it happens.

As is common with contrast detection systems such as the one seen in the Olympus PEN Lite E-PL5, autofocus speeds drop a little in lower light conditions, but it's still pretty quick.

We found with the Olympus OM-D that the level of detail captured, especially in good light and at low sensitivity settings, was outstanding. And we've found the same with the Olympus PEN Lite E-PL5, since it uses the same sensor.

JPEGs straight from the camera are very sharp indeed, while you can apply your own sharpening to raw format files if you choose to capture them.

In the majority of situations, automatic white balance did a good job of accurately assessing the situation to produce spot-on colours. It struggled ever so slightly with some indoor conditions when under artificial light, but changing the white balance mode is easy and soon sorts this particular problem out if you feel the results aren't accurate enough.

When the Olympus OM-D was launched, Olympus was keen to point out the improvements it had made both to the sensor and to high sensitivity performance. Here, because the technical details are the same, we can report a very similar low-light performance.

Image quality does to start to drop off from about ISO 1600, but some images captured all the way up to around ISO 10,000 are useable when publishing online or printing at relatively small sizes. Of course it's unlikely that those high speeds will be used in everyday situations, and noise control at ISO 1600 - the probable top end of usual speeds - is more than acceptable.

Olympus has become well known for its wide array of art filters, and the Olympus PEN Lite E-PL5 has the most available on any Olympus camera to date. It takes all of those that are available on the Olympus OM-D and adds a new Watercolour filter.

It goes without saying that some of the filters will be more popular than others, depending on personal preference. However, the Cross Process, Pinhole and Dramatic Tone filters are particular favourites.

One of the best things about the PEN/OM-D series is that the art filters can be applied when shooting in semi-automatic and manual modes, making sure that you retain full control over shooting parameters.

It's also useful that you can shoot images in both raw format and JPEG when using filters, meaning that should you decide you'd prefer the image without the filter later on, you can remove it in post-production, or - using Olympus's own software - by swapping them around.

Although the Olympus PEN Lite E-PL5 doesn't include inbuilt Wi-Fi, it is compatible with Toshiba's new FlashAir Wireless LAN SDHC cards, which will come packaged in the box as a fantastic free extra.

This enables you to transfer images to a smartphone or tablet via a free downloadable app without having to connect to the internet - the card itself creates the network.

It's a shame that you can't control the camera wirelessly using this, but it is a handy and quick solution to getting your images onto your phone for sharing instantly to social networks. If this is something you'll want to do, one recommendation is to shoot in raw format with low resolution JPEGs, which will be quicker to transfer across. Perhaps Olympus can work on releasing a remote control app in the future.