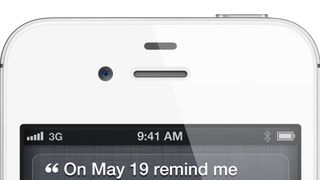 Woz cannot be Siri-ous – Apple has taken Siri and turned it dumb… is not what Steve Wozniak said recently, but he does reckon the technology has gone downhill and it is all because Apple has stopped using Wolfram Alpha for its answers. Turns out the computational search engine is more than a little good at computing things, whereas Google (Siri's current search engine of choice) just isn't. [Mashable]

Splinter Celluloid – Splinter Cell may well be making its way from pixel to projection with news it is to be made into a movie. Given that most of Splinter Cell is (quite brilliantly) centred on Sam Fisher being very quiet then breaking the necks of bad guys, we're hoping for more Riffi-styled scenes and less Michael Bay-isms. [Empire]

VoiPlease make it stop – You can now get up to 15 years in prison just for using Skype in Ethiopia. Let's take a little minute to think about this and then count ourselves very lucky that some of our biggest political worries are centred round whether our prime minister flirted with the editor of a newspaper through text. Sickening stuff. [VentureBeat]

Dance like it's 1899 – And there was us thinking that Cool DJ Herc pioneered the two turntables and a microphone way of creating music but it seems the Victorians loved a bit of mixing as well. French engineer Leon Gaumant made the first mixer back in 1910 and the result smacks of pure steam punk brilliance. [Gizmodo]

From Facebook to Phonebook – Facebook will soon want your phone number so that you can relaunch your page if someone ever hacks it and scrawls a load of missives on your wall. Considering Facebook knows more about you than you probably do, is handing over your phone number really needed as well? Apparently, yes. [Gizmodo]

Dimension discussion - "3D is the future of cinema," says the director of upcoming movie Looper. Wait, before you all shout "down with this sort of thing," he actually makes some valid points on his Tumblr – which is well worth a read. [SlashFilm]

PlayStation, sweet – PlayStation Mobile (formally PlayStation Suite) won't be full of rubbish, says Sony, as its new service is all about quality and not quantity. While we will be the judge of that when the service comes out of open beta it's nice to see a company trying to bring gaming to the fore and not get micro-payments from crapware. [Eurogamer]

Intergalactic plant-erary – Plants in other parts of the universe may well look like the plants we see on Earth, according to scientists that are far brainier than us. So, the next time you look at your Busy Lizzy, just think – a Martian may have the same plant on his desk at work. Or something. [Verge]

Republic open to public? – Star Wars: The Old Republic hasn't exactly being doing great guns recently (it's lost 400,000 subscribers, possibly in a galaxy far, far way) so it looks as if the game will soon be free to play. It's very difficult to have a successful MMO and its makers know this so a free-to-play option is being looked into. Failing that, they'll probably send out cuddly Wookie toys to everyone. [Eurogamer]

Taking a tumble – "As the rain falls, sales of tumble dryers rise." Not it's not a quote from Sun Tzu's The Art of War but research from John Lewis. The UK retailer reckons that sales of its tumble dryer stores are up 300-500% in its northern stores and 100-150% in its southern stores. We hope you feel brainier now knowing this information. [PR]