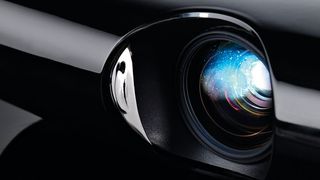 It was revealed at CinemaCon in the US this week that Twentieth Century Fox is to move to a digital distribution model within two years.

The death of 35mm film is inevitable in what's increasingly becoming a digital market but there are still many independent cinemas that haven't made the move because of how expensive it is to replace old projectors with shiny new digital ones.

Fox is the first major studio to announce its digital distribution plans, but this is almost certainly going to open the floodgates for more Hollywood studios to go down the digital-only route.

The announcement was made at CinemaCon, not by Fox itself but by National Association of Theatre Owners president and CEO John Fithian, who said that the company sent letters out to cinemas in late 2011, explaining its intentions to go fully digital.

"Last year, I stood on this stage and predicted that domestic distribution of movies in the format of celluloid film could cease by the end of 2013. That prediction is becoming a reality," explained Fithian.

"As a letter from our friends at Fox confirms, no one should rely on the distribution of film prints much longer.

"And we know that most other distributors share that belief. Given this reality, the entire industry continues our efforts to bring the promise of digital cinema to all exhibitors."

Filian was joined on stage by Motion Picture Association of America chairman and CEO Chris Dodd who revealed that cinemas were working closely with the MPAA to make sure that video on demand services don't eat into their profits.

"We are not just improving and reimagining our product," explained Dodd.

"We are also evolving our business model, experimenting with new offerings that will allow consumers to purchase the content they want to see and view on the platforms they want to use, at a price that's right for them.

"That in no way changes the simple fact that the best way to see our movies is in your theatres, in the dark, on the big screen.

"I believe that very passionately, but more importantly, the studios I represent do as well."