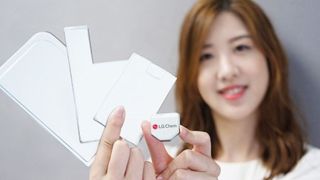 One of the most common complaints about smartwatches is poor battery life, as their compact size and complex natures can result in you needing to recharge them before the day is over. However, it appears LG has gone some way to fixing this problem with a new battery.

LG Chem, a division of LG, has developed a hexagonal-shaped battery that can apparently improve usage time by 25% compared to rectangular batteries.

The small size and hexagonal design also means that the battery should be an ideal fit for smartwatches with round displays, such as the Moto 360 or LG's own Watch Urbane.

Who's got the power?

So who is going to make use of this new battery? It's still a bit of a mystery as LG Chem is reportedly working with a very big company to create the battery, with Apple and LG Electronics both being ruled out.

LG Chem has apparently got big plans for smartwatch batteries in the future, as it is reportedly working on other unconventional battery shapes, with a hope that by 2018 the company will be the biggest supplier of compact batteries for smartwatches and other devices in the world.

It's also betting heavily on more smartwatch manufacturers creating devices with rounded faces in the future, with many expected to show their new circular wearables at IFA 2015 in September.