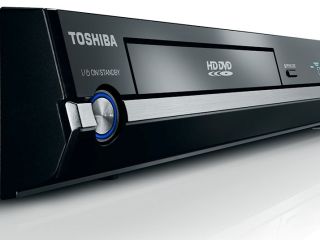 Toshiba did everything right in the format war and it was just bad luck that saw Blu-ray win. That’s what Olivier Van Wynendaele, deputy general manager of

at Toshiba told TechRadar in an interview this morning.

Van Wynendaele said that Toshiba tried everything it could to save HD DVD from extinction, but all its attempts to breathe life into the format failed.

“We wouldn’t change anything that we did,” he said. “Circumstances saw to it that we had to make the decision not to continue but that doesn’t mean we did anything wrong.”

“We were on course until the beginning of 2008. Warner’s decision was totally unexpected and triggered a series of events – and now this is where we are.”

Van Wynendaele refused to speculate as to why the main Hollywood studios turned against HD DVD, but did pinpoint their stance as the main reason why HD DVD failed.

“You’ll have to ask them why. But we did all we could. We had the best product. It was a finished standard – unlike Blu-ray. Our prices were much more consumer friendly, but it didn’t work out. We're proud of our product, it's better than Blu-ray.

“Even after Warner’s announcement, we pushed the prices of our players down, but it didn’t work. We lost the support of our key partners and we failed to install HD DVD as a mass market format.”

Van Wynendaele said that it would be pointless to look back and decide what Toshiba might have done differently, instead choosing to point to all the reasons why HD DVD should have succeeded.

“We created the format with partners like NEC and Sanyo. A really good job was done on making the format as good as it could be. It had a good specification; the end user was happy with it; it was extremely affordable. But it wasn’t to be. We have no regrets – we did it right.”