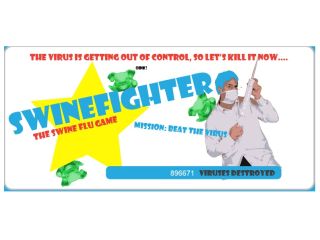 As if there wasn't enough bad news on TV, a researcher from Clemson University in South Carolina has proposed automatic pandemic warning icons to pop up on television sets.

Industrial engineer Sandra Garrett has designed a system would monitor such activities as an increase in flu-related medicine purchases or a spike in Internet use for certain types of flu-related information.

These early indicators are important since the spread of influenza can occur before someone begins to show symptoms and seeks medical attention.

Up next: death in the streets

Garrett says planning for an illness can them start at an earlier phase so that policymakers, government officials and the public can react sooner. She envisions a system that uses icons on television screens warning about the phases of the illness and appropriate public responses.

"We know that delays in identification are critical," Garrett says. "Once any significant number of cases are identified, especially in high-transit areas, the pandemic spread is virtually impossible to control."

Garrett said that the basic underlying research is not limited to pandemic influenza scenarios, but could also be used in many other types of disasters, such as hurricanes or winter storms.

"It's about communication," Garrett said. "The more we know and the sooner that we know, the better for everyone."

It also is critical to keep the information fresh with frequent updates about the event. She said that when people are not given updated information, they begin to make assumptions that often are incorrect.