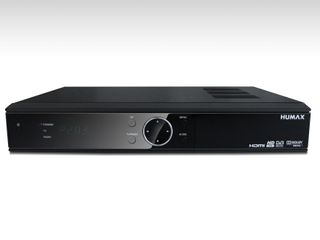 Humax believes that it can provide the very best technology within its Project Canvas boxes, after being confirmed as one of the interested manufacturers.

Project Canvas' Richard Halton told the DTG Summit that Humax were among the manufacturers champing at the bit to bring a box to market for the IPTV project being led by the BBC and involving ITV, Channel 4, Five, BT, and Talk Talk.

Humax's Graham North gave his backing for Project Canvas and pointed to his company's track record with both Freeview and Freesat set top boxes.

"Humax is very supportive of Project Canvas, as we believe that this service will enable further growth in the digital TV market," said North.

"This will give the UK population a greater range of content, more choice over how they watch it and ultimately more control over their viewing.

"The leading UK broadcasters are behind Canvas and as a result it will generate good exposure and acceptance from consumers, in much the same way as on-demand services such as BBC iPlayer and ITV Player.

"The value of the Project Canvas initiative will only grow and strengthen as even more content from strong brands is introduced."

North believes that the Project Canvas proposition – which will bring a common user interface and set of standards as well as a marketing campaign – will be a boon rather than a problem, despite opposition from major names like Sky and Virgin Media.

"The common standard is a positive step, guaranteeing the viewer a quality service that is reflective of UK broadcasting standards, delivered on a platform with a trusted name," added North.

"It will also guarantee a viewing experience that is consistent regardless of the hardware or device being used to access the content.

"While the content of Canvas forms a huge part of the project, the delivery is also dependent on many other parties.

"The hardware used to deliver the content is an important component and must live up to consumer expectations.

"Humax has a solid reputation for developing set-top boxes for the Freesat and Freeview services that ensure consumers get the most out of their TV experience, offering additional benefits and features, such as BBC iPlayer on our Freesat boxes.

"Our understanding of the UK TV market, technical expertise and proven ability to deliver products that meet consumer requirements will ensure Canvas is supported by the very best technology."