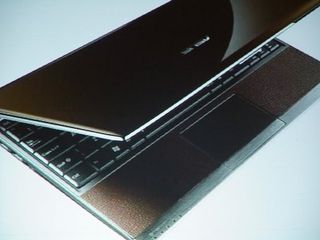 The S121 packs an SSD punch

Asus announced at its CES 2009 press conference in Las Vegas today the first of "a new generation of mighty mini notebooks".

Called the S121, the portable PC houses the "world's first 512GB SSD". If that wasn't impressive enough, the S121's solid-state drive is said to be able to run three times faster than normal hard drives and, according to Asus, has a data transfer rate double that of most other SSDs.

Costs quite a bit

Underneath the jet-black chassis is an Intel Atom Z520 processor and Asus' super hybrid engine.

Price-wise, according to chairman and CEO of Asus, Johnny Shih, the Sw121 will "cost quite a bit". So you better start speaking to your bank manager now if you want one. As always launch date is to be announced, but there is murmur of it hitting the shops in the next three-to-six months.

In other notebook news, Asus has announced that it has crept into to the top five mobile PC manufacturers in the world, just behind the likes of HP, Acer and Dell.