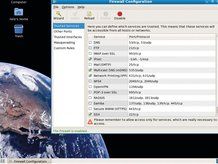 Increasingly we're seeing big business jump on the Linux bandwagon, as companies wake up to the money that can be made out of a community of developers working for free.

Someone has to protect that community from being exploited, and if you're a Fedora contributor, that someone is Max Spevack.

Linux Format magazine caught up with Max to ask him about the way the Fedora world is turning.

Linux Format: Max, you were the Fedora Project leader for a while; now you're the manager of the community architecture team. How do those roles differ?

Max Spevack: More or less my entire job is Red Hat community management, and Fedora is the shining example of Red Hat's community work. Part of my job also is to make sure that Red Hat participates in non-Fedora communities, so I spend like 75–80% of my time on Fedora and the other 20% of my time on more general community business.

LXF: Was it the community side or the technical side that attracted you more?

MS: If I'm going to honest about myself I'd have to say that I was a decent programmer, not a superstar programmer. Even in college there were people who just loved to write code for hours and hours and hours, and those were the best programmers. I liked it and was good enough at it to get good grades, but it wasn't an all-consuming passion for me.

I always kind of thought that I would be in a technical company but in a managerial, a leadership type of role, so looking back it doesn't necessarily surprise me that this is the job I've ended up in. I live in awe of our brilliant engineers and the things they can do.

LXF: How well do you think Fedora/Red Hat is addressing the oft-repeated claim that Fedora is just a beta for RHEL?

MS: I hear a lot less of that than I did four years ago. I think the fact that we have built our community in an entirely transparent way says the most about that, because people see Fedora being an extreme innovator, they see SELinux get developed, they see Network Manager get developed, they see Red Hat participate in Xen and the work that's been done in virtualisation, and they see Red Hat doing stuff that's good for all distros, which I think gives Red Hat a lot of credibility as a technical innovator.

LXF: Has there been any call for users to have, say, one in every three releases supported long-term, like Ubuntu, for those who don't want to buy RHEL or use CentOS?

MS: We have a Fedora long-term support: it's called either RHEL or one of the RHEL rebuilds that you can get for free. Ironically, when Fedora was started it was given a separate brand because when Red Hat Linux split into RHEL and Fedora, the Red Hat salespeople were worried that they wouldn't be able to sell certain products.

Fedora was given a separate brand to distinguish between things that Red Hat sold support for and those things that they didn't. Now there are people who use Fedora who have no idea that it's a part of Red Hat, which from my point of view as the Fedora guy is incredibly successful.