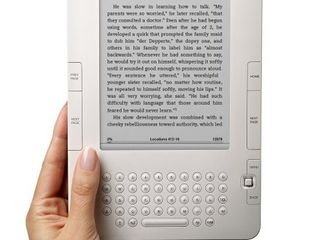 Makers of the Kindle and Nook e-book readers have slashed the cost of their devices in the US, as they look to counter the threat of Apple's iPad.

Although the Apple iPad is a significantly more powerful device than readers like the Amazon Kindle and the Nook, the device has become a major threat to that market.

Apple's iBooks store has quickly become a major player in the industry, and the response of Amazon and Barnes and Noble has been to make significant cuts to their devices.

Both companies have seen their shares go down in price since the Apple iPad arrived, but it remains to be seen if the price cuts can save people plumping for a little extra spend for a much more powerful device.

It will also be interesting to see if the prices of e-book readers in the UK come down as well.