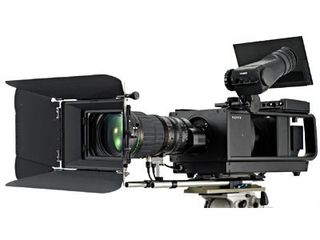 Staying true to its 3D word, Sony has created a revolutionary new camera, called the HFR Comfort-3D, which allows the recording of 3D images using just a single lens.

This is a breakthrough, as it may mean that viewers may be able to watch the same piece of footage in both 3D and 2D, giving the format more universal appeal.

The new imaging system works by using two separate image sensors and one lens. Essentially footage is recorded through the one lens, then the images are split via mirrors to two CMOS sensors – one which captures what the left eye will see and one which the right eye will see.

In a Japanese press release, Sony says that this way of shooting 3D offers a much smoother image. This is essential when shooting things like sports, where the action is fast-moving.

Although there is little known about the exact specifications of the camera, it is thought that images will be shot in 240fps and that the camera will weigh around 18Kg.

A prototype of the HFR Comfort-3D is to be unveiled at Tokyo's CEATEC show, which takes place as of 6 October.

Both Sony and Panasonic announced their intention to bring 3D to homes in 2010. Panasonic is also working on a new 3D camera, but the company has decided to rely on a traditional two-lens system.