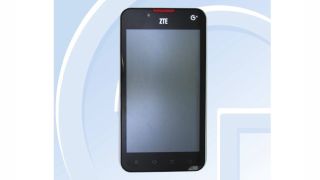 Big but on a budget

The Samsung Galaxy Grand was only unveiled a couple of days ago, and it already has a rival in the form of the ZTE U887.

ZTE's effort has the same display as the Galaxy Grand, namely 5-inches and with a resolution of 800x480 pixels. Inside is a dual-core 1.2GHz MT6577 processor and 512MB of RAM.

The processor is the same speed as the Galaxy Grand, though the Grand packs about twice as much RAM.

The ZTE U887 only has a 5-megapixel camera on the back as well, compared to the 8-megapixel found on the Galaxy Grand. On the front, the U887 has a 3-megapixel snapper for self-portraits.

So it's not going to trouble the slew of 5-inch, 1080p smarties on the way, but it could be a viable alternative for the more budget-conscious.

There's no word on whether the device will make it out of China, but here's hoping.

More and more phone makers are choosing the 5-inch size, following the success of the Galaxy Note and Note 2. HTC is said to be readying its own 5-inch HTC J Butterfly for release in Europe (in the US it's known as the Droid DNA), while LG is also rumoured to be working on a 5-inch handset with a screen resolution of 1080p.