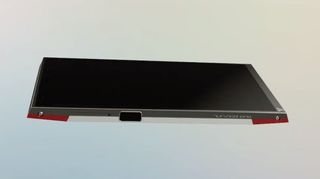 Let us introduce you to the Turing Phone, made by Turing Robotics Industries, named after the father of computing, Alun Turing - and now, up for pre-order.

The Touring Phone touts itself to have "world-class security", as Turing Robotics built its own end-to-end authentication scheme that works of of your phone's private key, making it fully functional offline.

The company says that by using its own Turing apps and this decentralized-authentication process, it "bypasses conventional third party exposures and is insulated from malicious behavior."

Of course, as the phone works off of Android Lollipop 5.1, you will still have access to Google Play and all the apps from the store, but these apps won't have the same security measures.

The Turing Phone is encased in a material called Liquidmorphium, a liquid-metal that is stronger than both titanium and steel.

It also comes with a 5.5-inch, 1080p display and is fully waterproof, though it doesn't have a headphone jack and comes with its own proprietary charging plug.

Unfortunately, the internal specs are nothing to get too excited about, though will get the job done. It is powered by a Snapdragon 801 chip, is LTE-ready and sports a 13-megapixel camera, non-removable 3,000mAh battery and an NFC chip.

But if you're interested in the Turing Phone, with its super-strong body and its security capabilities, you'll be looking at a pretty hefty price-tag.