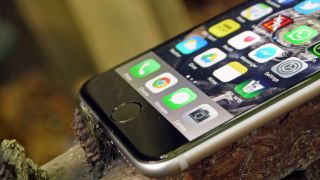 Apple's new phone could get a camera upgrade

Another day, another iPhone rumour, and this time there's a suggestion that the iPhone 6S and iPhone 6S Plus could have 12MP cameras.

The rumour comes from someone on Weibo, who claims to be a Foxconn employee, backed up the information with images of what appears to be Foxconn paperwork talking about the phones - though they're referred to as N66 and N71 in the document.

The posts and images have since been removed, but not before they could be spotted by Sogi.com and picked up by GSMArena. Apparently the camera is optimised to shoot 4K video and slow-motion footage at 240fps and will be paired with a 5MP front-facing camera, while both devices will also supposedly have 2GB of RAM.

Heard it all before

A 12MP camera and 2GB of RAM are both things we've heard before and would make for believable upgrades. Foxconn is surely working on the new handsets, but we'd still take this with a pinch of salt.

The final piece of information revealed is that both phones will apparently have an LTE Category 6 modem, which theoretically allows for 4G download speeds of up to 300Mbps, which should help keep them future-proofed.