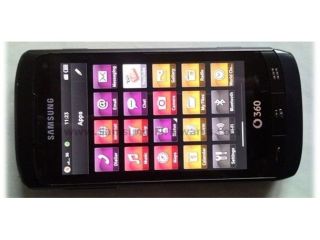 Following on from the H1 and M1 in the Vodafone 360 line-up, the new handset has been spotted in photos over at Samsung-firmwares.com.

It look similar to the Samsung H1 that's been available for a while - albeit not selling as well as Vodafone might have hoped, it appears.

The new Samsung H2 looks likely to use the same quirky Linux Mobile-based operating system used on Vodafone 360 - although we hope it will be overhauled as it wasn't anywhere near rivalling the likes of Android or even Symbian when we used it last year.

All the best tech

But at least the Samsung H2 is packing some serious technology - an 8MP camera with 720p video recording, 1GHz Samsung Hummingbird processor and more importantly the new Super AMOLED screen that gives pin sharp resolution and a beautiful picture.

We've no idea on a UK release date as yet - but we'd imagine it will be during the summer to match last year's release of the first Vodafone 360 phones, although early prototype photos hint at something earlier than that.

From Samsung-firmwares via Unwired View