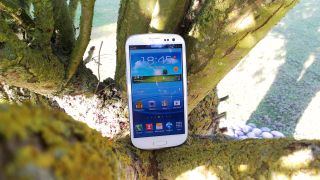 Samsung has confirmed some sad news for those using older devices in the UK - the Galaxy Note 2 and Galaxy S3 will not receive Android Lollipop.

The latest version of the Android operating system is already on a large number of Samsung smartphones and a tweet from a disgruntled Samsung user has spurred the company into action revealing it won't come to either of the phones.

The UK Twitter account replied, "We don't like to give out bad news Rohan but the Note 2 and the Galaxy S3 won't be receiving the Lollipop update."

It's a strange one as Samsung is still set to release the Android Lollipop update for both phones in Denmark and Poland.

We don't really know why it's not coming to the UK just yet but we've reached out to Samsung for an official explanation.