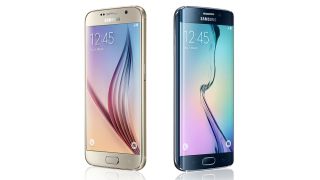 Samsung announced two excellent flagships earlier this year. The Samsung Galaxy S6 is great and the Galaxy S6 Edge looks stunning – but all is not well in the Korean firm's mobile division.

Sales of the new phones have been lackluster, and Samsung has revealed a new strategy of "adjusting" pricing in its Q2 2015 earnings report.

The press release reads: "While the IT & Mobile Communications (IM) Division is expected to face a difficult business environment, the sales momentum for high-end products will be maintained by adjusting the price of the Galaxy S6 and S6 Edge and introducing new premium smartphone models."

Those new premium smartphone models are heavily rumoured to be the Galaxy Note 5 and Galaxy S6 Edge+, which we expect to see at an event on August 13 in New York and London.

Now all that's left to do is see what exactly Samsung does with its pricing – we can only hope it'll be a significant drop, but it may just be a slight change to try and entice some new customers.