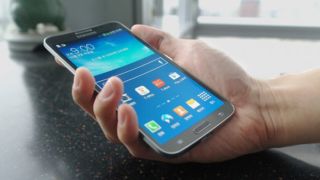 No Round for the Galaxy S5

There are only going to be more and more rumors flying around about the Samsung Galaxy S5 as we move towards its 2014 launch, but can we put one to bed already?

According to unnamed industry sources (so take the following with a pinch of salt) in the Korean Herald, Samsung will not be implementing the flexible display seen on the Galaxy Round on its next flagship smartphone, the Galaxy S5.

There have been suggestions that the Galaxy S5 would sport some form of curved display, and with the launch of the LG G Flex those rumors seemed to carry a little more weight.

That's not to say Samsung didn't want to include the Youm curved screen technology in its next handset, as the source points towards insufficient capacity in manufacturing the display as the reasoning behind the firm's decision to omit it.

Samsung will apparently launch a high-end curved smartphone towards the end of 2014 once the manufacturing process has improved, but the source stresses that it won't be a flagship device.

The Samsung Galaxy S5 is expected to be announced in the first half of 2014, with a March launch looking the most likely at the moment.