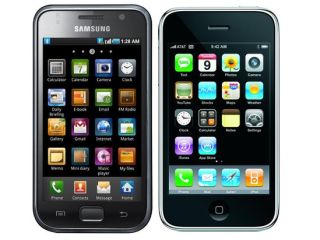 Samsung has filed another law suit against Apple, this time in our own fair city of London Town, alleging that – yes, you guessed it – Apple has infringed its patents.

It's beginning to feel a bit like Groundhog Day as far as Samsung v Apple is concerned.

Not only do the companies now have lawsuits going on in the UK, the US, and with the ITC, but also in Samsung's home country of South Korea, Italy, Japan and Germany; who knows where will be next.

A long time ago in a court room far far away…

It all stems from a lawsuit filed by Apple claiming that Samsung has infringed patents it holds for the iPhone and iPad on products including the Samsung Galaxy S and Samsung Galaxy Tab.

After that, it descended into a furore of counter-suits and counter-counter suits on varying continents.

The companies have sniped and snarked at each other over the past months, with demands to see unreleased products and accusations of harassment flying thick and fast.

When will it all end? Who knows – but with Apple having recently settled a similar dispute with Nokia, it seems likely that it will pursue this one to the bitter end.