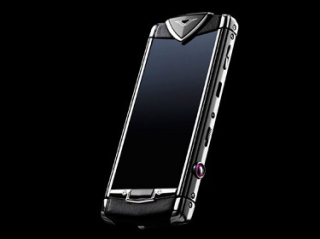 Luxury, just not worth it in this day and age

Nokia is preparing to sell Vertu, a UK-based subsidiary that specialises in handmade luxury phones for the super rich.

The process is at an early stage, although there has been interest from private equity groups and it's likely to attract interest from luxury goods brands, according to sources of the Financial Times.

Yet to be officially valued, Vertu has an estimated annual revenue of up to €300 million (£255 million).

Vertu's luxury handsets are available in more than 60 countries, some with dedicated shops. Somewhat predictably, it has a strong following among those in Russia and the Middle East who wouldn't have their personal assistant seen dead in a branch of Phones4U.

Diamonds are until your next upgrade

Its latest phone and first touchscreen model is the Constellation, with a 3.5in AMOLED touchscreen and 8 megapixel camera with dual LED flash.

It's reasonably well specified compared to predecessors but runs Nokia's aging Symbian OS and, well, will cost up to £10,000 if you choose the version clad in alligator skin and encrusted with diamonds.

Though that's peanuts compared to the £200,000 some models have cost in the past.

While Vertu customers aren't renowned for taking their time with buying decisions, the phones' value is greater than the sum of its spec sheet.

Their real VIP value comes from a "concierge" service which has its own side button to speed dial a team of personal assistants who will arrange your life for you, make recommendations and get you access to exclusive members' clubs around the world.