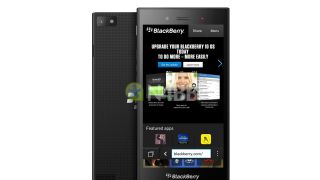 Official render or professional mock up? Take your pick

2014 could be the year BlackBerry tries to pull off one of the greatest tech comebacks of all time, with the Canadian firm looking to the budget market to help give it a nudge in the right direction.

According to n4bb.com we could well have laid our eyes upon that budget device, although the Jakarta development name has been dropped for the less inspiring BlackBerry Z3 moniker.

The renders suggest the Z3 will join the all-touch realms of the BlackBerry Z10 and Z30, despite CEO John Chen stating that we could be in line for more physical keyboards this year.

Unfortunately these kind of renders can be knocked up fairly easily and with no clear source provided we're taking them with a pinch of salt for now.

Current rumors have the BlackBerry Z3 Jakarta as the Canadian firm's first proper budget device, with it tipped to include a 1.2GHz dual-core processor, 1.5GB RAM and rumored to retail at around $150 (about £90).

The BlackBerry Z3 could pop its head up at MWC 2014 next week so check back as we'll be bringing you all the news as it happens.