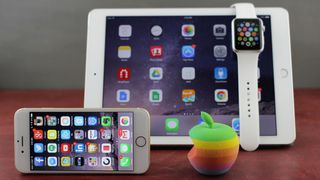 Ad blocking is a controversial topic as advertising is the livelihood of most of the internet, including Google itself. But it looks like Apple doesn't really mind and is introducing the feature to iOS 9 for the very first time.

When the new software drops later this year you'll then be able to install an ad blocker, but it's not clear yet which ones will be compatible.

There are many services currently available on Mac, PC and Android devices with Adblock proving the most popular, it even hosts its own list of allowed sites that can get some small adverts through.

Apple hasn't made a big song and dance about this feature though, it wasn't announced in the press conference and instead was shuffled out to a little known area of its website.

In fact, Apple didn't announce a lot of cool features at WWDC, check out all these best iOS 9 features you probably didn't know about.