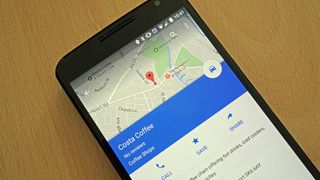 Google business listings are getting an upgrade.

Google has announced a new feature for its search app on Android that lets you see when shops, restaurants and other businesses are at their busiest. It can help you avoid those big queues at the sandwich shop, for example.

"See the busiest times of the week at millions of places and businesses around the world directly from Google Search," says Google, though it hasn't gone into much detail - it looks like this is Android only for now, and slowly rolling out internationally from the US.

Google hasn't set up a camera inside every corner shop, but it does use anonymised data to work out where people are clustered together - it's the same sort of technology that Maps uses to warn you about traffic.

From the brief Google+ post we have to go on, it looks like these are average numbers not real-time data - you can see what times of the week the cinema is usually packed, but you can't get an up-to-the-minute reading of the queue length.

To see if the feature has reached your part of the world, open up the Google app on Android and search for your favourite hangout. You can also get to business listings through Google Maps.

It's another example of the way Google's vast troves of data can make modern life that little bit easier, but what happens when every Android user turns up at the quiet times?