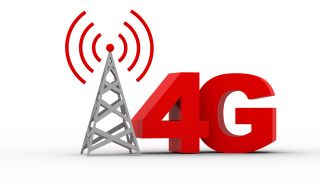 Put your mic down and make way for 700MHz mobile...

Update: The ACMA has updated its website with a new page for information regarding wireless microphones and audio transmitters.

The page provides fact sheets, information on different types of devices and subscription to a monthly bulletin to stay on top of the changes that are being implemented.

"Many community groups and small businesses use wireless microphones in their day-to-day work—ranging from school assemblies to local theatres to gyms and places of worship," said ACMA chairman Chris Chapman in a statement.

"The intention continues to be to give Australians as much time as possible to prepare for the changes and we strongly encourage people to check their equipment now."

With the Australian government's first round digital dividend auction over, the Australian Media and Communications Authority (ACMA) earlier this week released updated information about all of its current spectrum projects, which has further detailed how some wireless mics could become illegal in 2015.

Over the last few months, Telstra and Optus both announced their plans for how they will be using the 700MHz spectrum band for their 4G networks in the future.

Optus will be looking to combine the 700 MHz low-band 4G frequency with the 2500 MHz high-band spectrum to increase network capacity for its multi-band TD-LTE network.

Telstra, on the other hand, will glue together blocks of spectrum in the 700MHz and 1800MHz bands to enhance its new LTE-Advanced 4G network.

Of course, none of this will happen until after December 31, 2014, when the ACMA will officially allow Telstra and Optus to begin using the 700MHz band.

But worth noting, however, is that along with the 700MHz band being reallocated for 4G mobile data networks, the 694MHz to 820MHz spectrum will "no longer be available for use by wireless audio transmitters from 1 January 2015," according to the ACMA.

In its update this week, the ACMA announced that it will be finalising a plan to transition wireless devices out of the spectrum.

As the spectrum (including the 700MHz band) is far reaching and is able to penetrate buildings, these wireless devices could cause interference. This move is to help prepare the use of the spectrum for mobile use and help prevent dropout zones for users.

Get out of my spectrum

The ACMA has said that it will finalise a proposal for suppliers of wireless audio transmitters that can operate in the spectrum to include a written statement about the limitations of its use after December 31, 2014.

It will also put together a proposal to give suppliers "a three-month transition period to stop supplying such transmitters into Australia".

"The main frequency band available for these transmitters after that date will be the 520–694 MHz band," the ACMA said.

"The ACMA has also made changes to give users access to the 1790–1800 MHz frequency band, which was previously not available to them."

Devices effected by the proposal includes wireless microphones and in-ear monitoring systems used, for example, by schools, surf lifesaving groups, musicians and other entertainers, community groups, tourism, fitness and even for karaoke.

A report by the Australian Financial Review has said that the continued use of wireless devices in the spectrum could lead to $5000 fines and jail time.

Audio industry group the Australian Commercial and Entertainment Technologies Association (ACETA) has said that more than 150,000 devices will be effected. The main concern of the lobby group, however, is that the majority of the people effected will not know that their wireless devices will in fact be illegal.

"Most users will continue to use their existing equipment. They will likely be unaware of the need to shift to a different spectrum," ACETA wrote on its website.

However the ACMA's website now says that it "has planned targeted education and outreach activities so that as many users and suppliers of wireless audio transmitters as possible are aware of the changes".

ACETA is also arguing that it will not be financially possible for most community groups and schools to transition to new wireless devices.

"Those who are aware will be unable to do so due to financial constraints or will be unconvinced of the reasons to move."