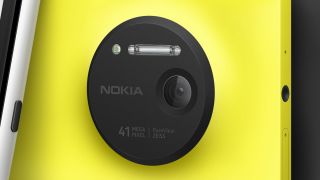 The Nokia brand has returned with the a 3310 reboot and a trio of new Android smartphones, but things should get even better for future handsets after an exclusive partnership with optics giant Zeiss was agreed.

The deal is actually between Zeiss and HMD Global, the Finnish startup that currently licenses the Nokia brand for use on smartphones and tablets from… well… Nokia.

While both parties were cagey about revealing what the deal means for future Nokia-branded handsets, it’s clear that HMD is keen to focus on improving the imaging experience on its handsets.

It’s also not the first time Zeiss has worked with Nokia brand. The first partnership started back in 2005 with the launch of the Nokia N-series, and carried through to the smartphone era with handsets such a 808 PureView and Lumia 1020 benefiting from the optics specialist’s technology.

During an exclusive briefing, TechRadar got to ask the firms for more information about the deal, but details on future releases were hard to come by, with both sides remaining tight lipped on what consumers can expect.

Pretty much all we could get from of Pekka Rantala, CMO of HMD was "we want to produce good pictures, and we want to provide a better imaging experience," which is generic as answers come.

However, Rantala did give us more insight on this thoughts about dual-lens smartphone cameras, saying "we think that dual optics is a very interesting area and it gives new possibilities for players like us to explore possible new experiences."

While this by no means guarantees a dual-lens smartphone camera, the firm's potential interest in the technology does fall in line with rumors about the yet-unreleased Nokia 9 which is heavily tipped to pack two cameras on the back.

A teaser video of the deal on the Nokia Mobile Twitter page says "coming this year" which suggests we'll see the initial fruits before the end of 2017.

Many will have fond memories of the Zeiss cameras on phones such as the Nokia N95, 808 PureView and Lumia 1020, and Zeiss has pedigree in a wide range of fields including professional cameras and Hollywood filming equipment.

The hope will be the partnership can deliver performance that can rival the likes of Samsung, Sony and Apple.