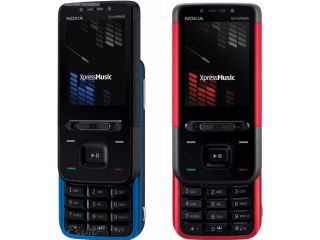 T-Mobile fans will be dismayed to find out there's a problem with the Nokia 5610 XpressMusic... the screens on the launch handsets are faulty.

Which has meant that not only have the T-Mobilers had to stop selling the handset in stores AND send back all the demo units, the network has also been forced into recalling the handsets it has already sold.

Apparently Nokia has already fixed the error according to the TmoNews Forums, but all of the handsets T-Mobile snaffled when the service was announced were manufactured prior to the fix. Eek.

It's unknown whether T-Mobile is going to be getting in fresh and fixed supplies of the dud handsets, as customers can now only get the Nokia 6301 or 5310 as a replacement, albeit with up to around £35 of credit as a way of saying sorry.

No word on whether this is a worldwide problem, but it's not a good thing to happen when the mobile phone world is in something of a state of flux thanks to the troubling economic times.