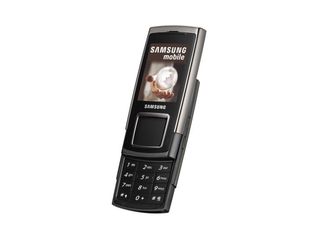 Samsung gets hit by credit crunch too

Usually the picture of optimism, Samsung has wandered out into the spotlight drearily, with a glum look on its face, and told the world that things aren't going to be rosy in 2009.

A spokesperson for the company, James Chung, has said that it's likely that Samsung won't be hitting the big targets for 2009 previously set.

"The actual global market growth on a unit basis could come short of our initial forecast for 9 per cent growth (in 2008)," said Chung.

"As for next year, it is possible that the market could post a single-digit or even negative growth."

Samsung has been one of the more resilient mobile phone manufacturers in the recent economic downturn, and recently leapt into second place in the handset sales rankings, but even the bigger cheeses can't seem to use their huge corporate umbrellas to beat off the credit crunch.