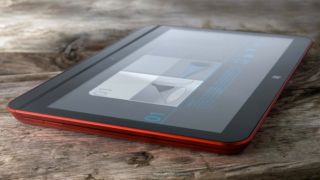 Intel Cove - prototype to be reality later this year

Not content with bringing ultraportable laptops to the masses, Intel is eyeing up an Ultrabook/tablet hybrid for launch in the fourth quarter of 2012.

There have been a number of tablet/laptop prototypes shown off in the last few months by Intel. The most recent being the Intel Cove – which made its debut at Intel Developer Forum (IDF) in Beijing.

Before this, Intel and Asus showed off one at Computex in May of last year an there was also one floating around the tech explosion that is CES in Las Vegas.

The Ultrabook push isn't ending with hybrid machines, according to Digitimes, which has been speaking to some upstream suppliers, there will be between 20 to 30 million Ultrabooks in shops worldwide this year and that number could well triple by 2013.

Given that the hybrid models are set to be out around the same time as Windows 8, this may well be the best way to see if Windows 8 works just as well on tablet devices as it does on a desktop.

Just this week, Micorsoft announced that just three versions of Windows 8 will be released and it also offered up more information about how the Metro tiles will work on the operating system.