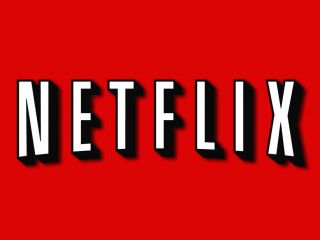 Is sharing your Instant Queue worth saving $4.50 a month?

A new web start-up is offering Netflix and Hulu members the chance to join forces and share their passwords, while each contributing to the monthly subscription fees.

The neatly-named Splitflix P2P service will match you up with a random partner who's also looking to split the costs of a Netflix and/or Hulu streaming membership.

Apparently, the idea doesn't break any existing rules as neither service explicitly prohibits password sharing. However we can't imagine that Splitlix will exist for very long without a legal challenge.

The developers say they decided to set-up the service as a retaliation against Netflix' controversial 60 per cent price hike in 2011, which saw the company endure a massive fall from grace.

"Are you upset with the 60% increase to your Netflix account?" said the company, who is appealing for sign-ups for its first beta version.

"Do you find there is not enough content available via streaming through one website? Want to increase the amount of Internet video streaming accounts you have access to without the additional cost?

"If you answered yes to any of the above, it's time for you to join Splitflix and save 50% on one video streaming service or double up with two services for the same price."

While this sounds like an efficient means of saving up to around $8 a month, we can't say that sharing with a stranger is all that appealing.

First of all there's the inherent worry that they'll renege on the agreement and all of the hassle associated with that. Secondly, it still kinda feels like stealing.

Thirdly? Well we're not too keen on the idea of sharing our Hulu or Netflix account with some Glee-obsessed compulsive Real Housewives of Orange County and Jersey Shore viewer who's going to mess up our queue and recommendations with all that nonsense.

You can keep your four bucks a month, thank you very much.