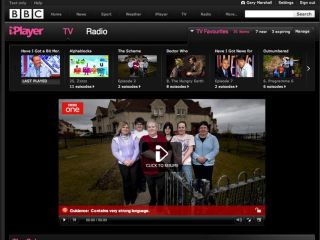 The BBC has revealed just how much tax-payer money went into creating the iPlayer and how much it takes to run the service every year.

While we at TechRadar think that it's money well spent, the BBC has bet big on the iPlayer with it costing a cool £5.7 million to develop. And with the recent arrival of iPlayer 3 beta, the Beeb is still piling money into the catch-up app, with £4.8 million put aside for development until 2011.

The BBC revealed the details after a freedom of information request was put through to the broadcaster.

Even though the iPlayer's expenditure sounds expensive, the BBC notes that it's in line with budgets.

As to how much the iPlayer costs to run yearly, the BBC had this to say: "The incremental cost to maintain the BBC iPlayer is approximately £4 million per annum and includes transferring programmes into web formats, providing metadata about the programmes, as well as editorial oversight, support costs etc."

To put into context, Jonathan Ross was being paid £6 million a year by the BBC before his salary was slashed to £2 million at the tail-end of last year.

Interestingly, the BBC also adds a little bit of history in its answers about the catch-up TV service, explaining that the iPlayer was originally called the Interactive Media Player (iMP), only to change its name to myBBCplayer and then to iPlayer for its beta launch in 2006.

The BBC does note that extra costs could well have occurred within the development, including how much it gives to Siemens to run the streaming element of the site, but this does seem to be the most accurate take yet on how much the BBC iPlayer costs to run.