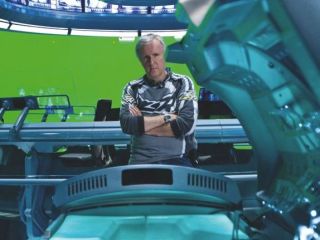 James Cameron's Avatar is the world's fastest money-making movie of all time, having scooped a BILLION dollars (£625.6m) in its first 17 days on cinema screens worldwide.

As we prepare for the 3D TV news onslaught from CES 2010 in Vegas later this very week, the news could not come at a more opportune time for the likes of Sony, LG, Panasonic, Samsung and other TV manufacturers preparing to announce their new 3D-ready home cinema tech.

At this rate, it could well overtake James Cameron's previous money-spinner Titanic, which currently holds the title of the best-selling movie ever, having netted an estimated $1.8bn (£1.1bn), closely followed by Peter Jackson's The Lord of the Rings: The Return of the King ($1.12bn; £695m) and Pirates of the Caribbean: Dead Man's Chest ($1.07bn; £664m).

"This is like a freight train out of control," said 20th Century Fox distribution executive Bert Livingston. "It just keeps on going. I think everybody has to see Avatar once, even people who don't normally go to the movies, they've heard about it and are saying, 'I have to see it'."