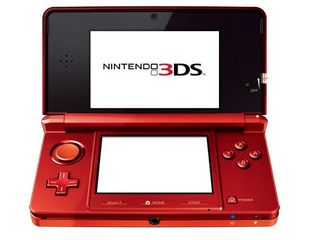 While there has been some uncertainty over in the US regarding Nintendo's plans for its 3DS download store, Nintendo UK has confirmed that the '3DS eShop' will be available to British gamers at launch.

A Wired US report earlier this week said that Nintendo's 3DS eStore would not be ready on the day of release and that it would arrive at a later date via a firmware update.

Following that report, a spokesperson for Nintendo told Eurogamer that the 3DS's internet browser and eStore would be "updated on day one" – essentially being made available to Brits on the 25 March release date announced last week.

Further details on Nintendo's plans for its '3DS eShop' are scarce, although we expect to hear plenty of official announcements from Nintendo and its 3DS games publishing partners over the next two months in the run-up to the console's UK launch.

A downloadable portal for 3DS apps and games will hopefully ensure that both established games publishers and developers, in addition to smaller independent games creators, should all find a suitable outlet for their games on Nintendo's new handheld.

The '3DS eShop' will also give users access to the full catalogue of DSiWare games, as well as games demos and a huge back catalogue of retro titles.

TechRadar has contacted a number of leading Nintendo handheld developers for further comment on this story. Stay tuned for updates.

The Nintendo 3DS's web browser will also be activated on launch day on 25 March.

Via Eurogamer and Wired.com