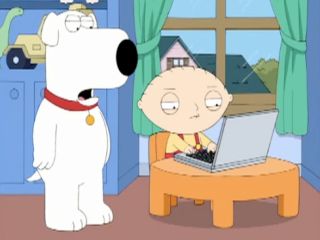 Microsoft has pulled out of co-sponsoring an entire episode of Family Guy in order to promote Windows 7, ending up with egg on its face over the mis-managed marketing debacle.

However, on attending the taping of the show, Microsoft execs became concerned that the content might not be appropriate to their desired audience, with riffs on such topics as "deaf people, the Holocaust, feminine hygiene and incest."

Not a fit with the brand

A Microsoft statement on the matter said: "We initially chose to participate in the Seth and Alex variety show based on the audience composition and creative humor of 'Family Guy,' but after reviewing an early version of the variety show it became clear that the content was not a fit with the Windows brand...

"We continue to have a good partnership with Fox, Seth MacFarlane and Alex Borstein and are working with them in other areas. We continue to believe in the value of brand integrations and partnerships between brands, media companies and talent."

The show airs in the US (and online!) on November 8th, presumably with a new sponsor.

You can see a YouTube video of the recording from the Windows "741" student site below.

Via The Raw Feed