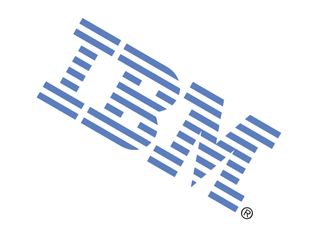 IBM. Telegram from The Queen not pictured.

Technology is a fast industry, with firms going from next best thing to Wikipedia footnote in the blink of an eye.

Staying in business for 100 years is impressive in any industry, but in tech it's bordering on the miraculous - but that's what IBM is celebrating today. The former Computing-Tabulating-Recording Company is celebrating its first century in business.

IBM's come a long way from its early days selling timekeeping equipment and meat slicers: as the IBM 100 website shows, it's been at the forefront of almost every kind of tech we take for granted today.

Today's tech owes an enormous debt to two IBM machines in particular: the IBM System/360 of 1964, and the IBM PC of 1981. The S/360 took the ground-breaking (and very risky - Fortune called it IBM's five billion dollar gamble) step of building an entire series of computers that shared the same instruction set, which meant that different models could run the same software. And the PC put computers everywhere.

IBM lost control of the PC to Microsoft and Intel, but its loss was our gain: by creating not just a machine but an entire standard, IBM's PC sparked a revolution. You might not have bought an IBM PC - you might have bought an AST one, or an Olivetti one, or an Amstrad one, or a Compaq one, or one from any of the thousands of other PC manufacturers - but you were still buying IBM's baby.

IBM doesn't make PCs any more - it sold its PC business to Lenovo in 2004 - and that's one of the reasons it's still around today.

By dumping low-margin commodity businesses like PC and printer manufacturing, IBM was able to avoid disaster and concentrate on more lucrative corporate customers. Had it simply continued trying to squeeze every last drop from its cash cows, today it'd be a basket case at best and a casualty at worst.

Does that remind you of anyone? The Economist wondered which of the current crop of tech firms will make it to 100, and it concluded that Microsoft probably won't be one of them.

Describing the period when IBM was nearly DOA, it says that "an elegant organising idea is no use if a company cannot come up with good products or services, or if it has clueless bosses." It's hard not to draw parallels.

So who will be around? Not Google, says The Economist - it's too reliant on a single product, advertising. It reckons The Queen will be sending telegrams to Facebook, Amazon and Apple.

The reason is simple: adaptability. Apple's mission is to take the latest tech, make it pretty and charge a fortune for it, and that's a business model that works for computers, phones and hovercars. Amazon's mission is to make it easy to buy things. And Facebook's mission is to help people share stuff (cynics might add "whether they want to share stuff or not").

The IBM of 2011 has very little in common with the IBM of 1991, let alone the Computing-Tabulating-Recording Company of 1911. And that's how it should be, because the world we live in is very different from the world of 20, 50, 100 years ago.

The moral of IBM's success is simple: if tech firms don't change, they die.