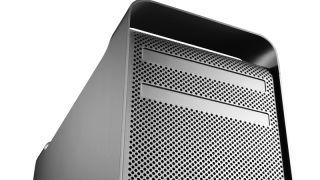 Will the iconic tower design get an overhaul?

The Mac Pro is set to get its first update in two years at Apple's WWDC next week as part of a refresh of its hardware lineup.

The Mac Pro desktop is an Apple product that has been dogged by claims it is nearing deletion for some time now, having last received a refresh way back in 2010.

Used mainly by video editors and creative professionals with a heavy thirst for processing power and storage, the Mac Pro has a higher price tag (12-core versions start at £4,083) than many Apple products and lacks some of their mass consumer appeal.

Flying off the shelves, sort of

Now MacRumors reports that Apple has been removing Mac Pro stock from stores, and that Apple order systems are in some places quoting 12 June (immediately after WWDC) as the new availability date.

9to5Mac also suggests that the new Mac Pro will featuring a "rackable and stackable" design as well as more room for storage to fill the gap left by the discontinued Xserve server hardware.

It would certainly make the pro user base very happy. Now we're just left to wonder what will become of the Mac Mini?

Stay tuned for our WWDC coverage from Monday.