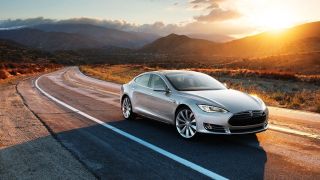 Tesla is taking a bold stance today in the name of putting more electric vehicle - Model S's or not - on the road.

In a blog post entitled, "All Our Patents Belong to You," CEO Elon Musk outlined Tesla's new stance towards patents and patent lawsuits. Namely, the company won't sue you if you, in good faith, use its patented technology to make electric vehicles.

"Tesla Motors was created to accelerate the advent of sustainable transport," Musk explained. "If we clear a path to the creation of compelling electric vehicles, but then lay intellectual property landmines behind us to inhibit others, we are acting in a manner contrary to that goal."

In a Q&A following the posting of the blog, Musk said, "I think this is actually good for Tesla and for the electric vehicle industry. I really do believe that."

The move is relatively unprecedented in the automotive space.

Musk wrote that initially Tesla felt the need to protect designs and technologies against major car companies that might run it into the ground.

"The unfortunate reality is the opposite: electric car programs (or programs for any vehicle that doesn't burn hydrocarbons) at the major manufacturers are small to non-existent, constituting an average of far less than 1% of their total vehicle sales," Musk lamented.

The company is going open source in the hopes of accelerating sustainable transportation innovation, Musk said during the Q&A.

He elaborated on what "good faith" use means in an agreement between Tesla and a company that wants to use its technology. Musk gave the example that if a company is using "all of our patents" and it sues Tesla for using one of their's, "that seems like it wouldn't be a very nice thing to do." He said a company does have the right to demand compensation if the patent Tesla was using was more valuable than the patents belonging to Tesla.

He also said he "wouldn't want someone to mimic our car in such a way as to deceive consumers into thinking it's a Tesla." Tesla won't stand for a car maker tricking people, Musk said.

Musk said Tesla won't stop acquiring patents, saying the company's slips of IP paper will grow from several hundred to several thousand. He cautioned against overplaying the importance of the decision, calling it a "modest thing … not some enormous thing," and said he doesn't think patents are all that strong to begin with.

"Patents are relatively weak thing for companies," he said. "If a company is truly relying on patents or some existing set of patent portfolios, I think that's actually a weak position because it means that they aren't innovating. They aren't innovating fast enough. You want to be innovating so fast that you invalidate your prior patents in terms of what really matters.

"I think none the less, this can be of some modest help to others," he concluded.

Musk even called out the long-running Apple vs Samsung patent battle, questioning who really wins from such disputes.

When asked whether making Tesla technology open source is solely an effort to spur electric car development or also a commentary on the patent system in general, Musk said it was a bit of both. However, he quickly gained steam against a system that many see in dire need of reform.

"There's far too much effort and energy put into creating patents that do no end up fostering innovation," Musk said. "That's the whole point of the patent system. Does it further innovation or does it not? No reasonable person would say that the current patent system is ideally suited to foster innovation. It definitely needs reform."