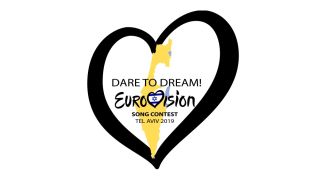 It’s that time of year again, when golden-voiced serenaders from around Europe, and Australia, come together for the biggest song contest on the European subcontinent.

From heartwarming ballads to record-scratching hip hop numbers, from foot-tapping pop to hard rocking hallelujahs, it all happens on stage at Eurovision, making it a must-watch event.

And with Australia’s very own Kate Miller-Heidke representing the Land Down Under at the semifinals of the song contest, you’ll want to wake up early and vote live.

Eurovision is the longest running international televised song contest, bringing politics, extravagant stage sets, bizarre and glamorous costumes, and plenty of song and dance together in a fight to the glorious end.

While Eurovision has been held since 1956 among member countries of the European Broadcasting Union (EBU), Australia was allowed to participate as a guest entrant in 2015, the 60th edition of the contest. Later that year, Eurovision organisers invited Australia back for the 2016 competition, and we’ve been participating ever since.

Each participating country has to submit an original song that’s performed live on television and radio, after which votes are cast to determine a winner. The winning nation hosts the next edition of the contest.

The 64th edition of Eurovision is being held at Tel Aviv, Israel, after the country won in 2018 with Netta's song Toy.

Six of the 43 nations automatically qualify for the finals. They include the host nation, along with Germany, France, Italy, Spain and the UK. The other countries, including Australia, battle it out in two semi-finals, with the top ten performances from each heading through to the Grand Finals.

This year, Australian singer-songwriter Kate Miller-Heidke will be representing the Land Down Under at one of the most highly anticipated international song contests. She's classically trained and had to beat nine other songsters to win her way to Eurovision 2019 with her song Zero Gravity.

Miller-Heidke is Australia's fifth representative at Eurovision. She's already had a rehearsal on stage and bookmakers have already ranked her in the top ten. However, competition is tough at Eurovision and she's up against 41 other participants.

Our most successful Eurovision was in 2016 when X Factor winner Dami Im became the runner-up with her hit number Sound of Silence.

The annual song contest began early Wednesday morning on May 15, and the first semi-final started at 5am AEST featuring our very own Kate Miller-Heidke.

The second semi-final is scheduled for Friday, May 17, and you can tune in live at 5am AEST.

The big finale, however, is on Sunday, May 19, with an early morning start of 5am AEST again for us Aussies who want to tune in.

Eurovision has been broadcast live ever since it began in 1956 and is watched by millions, not just in Europe, but by several non-participating countries like the United States, Canada, New Zealand and China. 200 million people worldwide are expected to watch this year’s edition of Eurovision.

In Australia, SBS is the only broadcaster with rights to Eurovision. With Myf Warhurst and Joel Creasey commentating on both semi-finals and the Grand Final, watching on the free-to-air channel will be a blast.

If you prefer to watch online, Eurovision 2019 will also be shown live on SBS On Demand, the broadcaster’s web platform. The SBS On Demand app is also available to download for both iOS and Android.

If you want all the Eurovision action without the commentating, you can live stream all the shows on Eurovision’s official YouTube channel.

If you reckon you won’t be able to wake up at 5am, or will be unable to watch Eurovision this year, there's also a full re-run of the day's performance at 8:30pm on SBS.

For everyone else, here’s the official video of Miller-Heidke’s entry for Eurovision 2019.