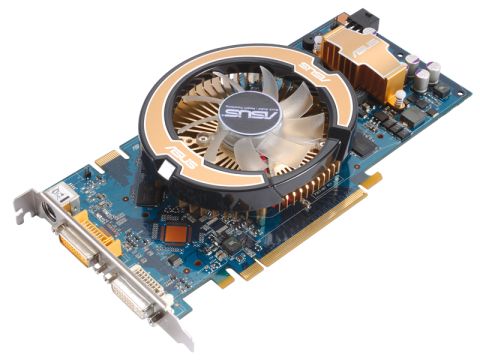 A plausible performer despite a cut-down feature set

Despite a streamlined feature set, this Asus represents good value

Does the cut-down architecture of this Asus-made GeForce 8800 GS scupper its ability to compete with comparably priced Radeon HD 3850 boards?

For starters, with 96 stream processors it's down to 16 compared to an 8800GT. It also sacrifices eight texture samplers and four render output units, now totalling 48 and 12 respectively.

The 192-bit memory bus also represents a climb down from the 256-bit item found on many of its rivals.

In practice, it's a price that's just about worth paying, given that it's allowed Asus to squeeze in a tolerable 384MB of memory.

It clearly has the measure of its key competitor, the 512MB PowerColor Radeon HD 3850.