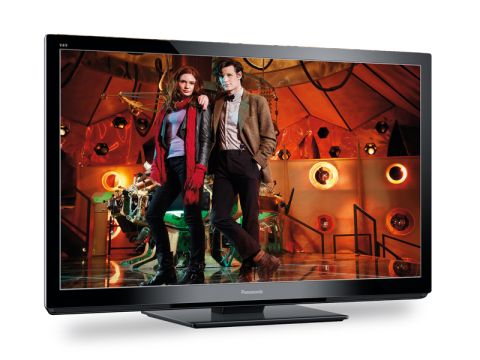 If you want 3D fun with this TV, make sure you budget a bit extra for the specs

The GT30 range is Panasonic's secret weapon in its continuing war with 3D LED TV vendors. The Panasonic TX-P42GT30B is more affordable than the brand's headline VT30 models yet shares much the same technology, this set oozes enticing functionality.

With both Freeview HD and Freesat HD (DVB-S/S2) tuners, it takes just 17 seconds to tune in the standard Freesat channel assortment.

More adventurous viewers can journey outside this environment by selecting the TV's 'Other Satellite' tuning menu. From here you can tune via other presets selecting from Astra2/Eurobird, Astra 1, Hot Bird or 'Any Satellite' and filtering FTA or pay channels.

We opted to tune in the free stuff on Astra2/Eurobird. This took about 18 minutes but garnered 329 FTA TV channels and 80 radio stations. The downside is that there's no EPG data to accompany this. You can only select as many or as few as you want and shunt them into a scrollable channel listing.

A wide range of network functionality includes Panasonic's new online VIERA Connect IPTV portal with access to the BBC iPlayer, YouTube, Daily Motion, Ustream, Daily Motion, Shoutcast, Skype and Picasa and others. There are also social media apps for Facebook or Twitter, plus a growing selection of games within its apps market.

Alternatively, you can stream media across your own home network from PC or NAS and access content from the brand's 2011 DIGA DVD and Blu-ray recorders.

2D picture quality is excellent. Black levels are profound and colour reproduction is bold yet believable. We also noted that the 3D crosstalk that was evident on last year's models has all but vanished from this season's screens.

The TX-P42GT30 exhibits next to no double-imaging, even on 3D Blu-rays with known problem sequences. Still, we must confess to being slightly confounded by Panasonic's decision not to bundle any 3D glasses with the set (its active shutter specs cost around £110).

If you're after a cheap PVR option the set allows you to timeshift and record onto a USB-connected hard drive. Having a single tuner brings obvious recording restrictions – once you've started to record one programme you can't switch to another – but the system works well enough.

Overall, this 42-inch screen is extremely impressive from both a feature and picture perspective. If you're looking for a 'smart' 3D TV with superior performance it is definitely one to shortlist.