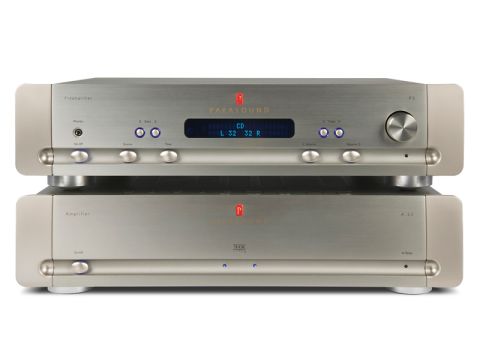 Slightly divided opinion greeted these amps, but the overall impression is of a very musical performance, involving and communicative, with perhaps a slightly underwhelming rhythmic drive. As such, not for the first time, it works better with some music than others.

The surprise is in exactly which music seems to work – funnily enough, it went down very well with Led Zeppelin, probably because the only way to undermine the rhythmic content of Led Zep is by completely removing all bass below 200Hz.

On the other hand, our more gently rhythmic opera track seemed a little directionless, its less overt beat needing a little more cossetting to work effectively.

Detail is good, clear and unforced, and never verging into the 'dissected' sound that many associate with American high-end. Tonality is generally natural, although some concern was mentioned that piano sounded a little artificial through these amps.

Voice is good, though, and harmonic-rich sounds such as violin and trumpet are nicely presented.

Perhaps the most impressive aspect of these amps' performance is imaging, which proved equal to any in the group, perhaps indeed superior. As one listener commented, the sound really seems to come out of the box, out of the speakers and out of the room – there were clearly performers several yards behind the back wall of the listening room and their position was stable in both dimensions across all the dynamic ebb and flow of the music.

Perhaps more than any other aspect, this makes the performance of these amps little short of captivating.