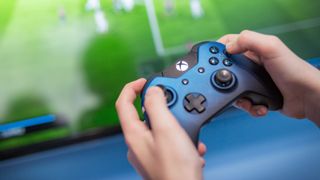 A little trash talk here and there when you're online gaming can be an enjoyable part of a competitive atmosphere, but when it gets too personal, too aggressive or too offensive, it can kill the mood. As of today, Microsoft is addressing that on Xbox One with new content filters for private messages.

If you're an Xbox Insider, the latest build of the Xbox UI offers a new feature that lets you add varying degrees of content control to messages coming to your inbox.

Four filter levels are offered: 'friendly' (set as default for child accounts) vigorously checks for the slightest hint of offensive words or phrases and blocks them; 'medium' blocks words known for their discriminatory nature; 'mature' hides only words that are explicitly explicit; 'unfiltered' is the anything goes setting for potty mouths.

These settings can be tweaked for whether they're messages coming from known or unknown contacts too, like in message requests.

While currently limited to Xbox Insider users, the feature will roll out to all Xbox gamers, across console, PC and mobile, before the end of the year.

What about voice filtering?

While filtering incoming text messages seems like a pretty straightforward approach, offensive language and behavior is also prevalent in voice chat. Luckily, the team at Xbox is currently looking at ways to prevent trolling over voice chat in the future.

We sat down with Dave McCarthy, Corporate Vice President of Xbox Operations and the person in charge of rolling out the company's new content filtering feature, who explained to us how the Xbox team is looking at using existing tech for speech-to-text translation that provides real-time closed captioning for the hearing impaired to filter voice chat in real time.

"What's also handy about that [feature], is that it gives us a real-time text file that we can run the same technology that does the real-time content filtering on text messaging, and look at that language in the real-time translation text and see if we can start to filter stuff out," explained McCarthy.

Of course, a feature like this would require a lot of computing power, which McCarthy acknowledges as one of the big challenges going forward. "How do you get that real-time in a way that's really, really accurate? We're starting there, and this is where having a massive Microsoft research AI team is really an advantage for us, because we can start to piece together different solutions and make a real-time system."

As an example, McCarthy talks about "a research engine from the group which detects emotional pitch changes in voice, so you can imagine when you layer that awareness on top of the text scanning, you get way more of a real-time signal [that] things are escalating here".