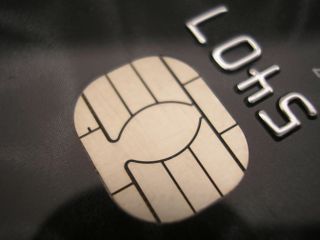 An undercover investigation by the BBC has claimed that official banking industry data putting fraudulent credit and debit card losses at £290.5 million falls some way short of the real cost.

According to the BBC, once failed attempts are taken into account the real number is closer to £500 million.

The BBC News team leading the investigation claimed they were able to pose as hackers to infiltrate a website where the details of thousands of stolen card details were being sold.

Using the cards the investigating team then traced the fraudulent transactions back to a number of addresses in the UK where the received good were signed for. The BBC claims to have presented this information to the police.

One of the issues the BBC claims to have uncovered is the relative ease with which criminals are able to get away with fraudulent activities online, either selling their ill-gotten gains abroad for large sums of money, or fencing them off at a cut price locally.

In March, the Association of Payment Clearing Services (APACS) reported on credit and debit card losses amounting to £535m – a 25 per cent rise on last year’s figures. Some £290.5m of this took place on the internet, where the credit or debit card holder was not present – a year-on-year rise of 37 per cent.

As credit and debit card fraud grows, so the UK government finds itself under increased pressure to create a ministerial position specifically tasked with combating it.

Shadow Home Secretary David Davis has even called for a distinct governmental department to deal with the problem as well as the creation of a central authority for worried consumers to report suspicions activity to.

Whereas the National Hi-Tech Crime Unit used to deal with internet fraud, it has now been absorbed into the Serious Organised Crime Agency, which is far more concerned with organised grand-scale fraud, rather than individual petty criminals and opportunists.

However, as the number of ‘petty’ individuals and ‘opportunists’ willing to use stolen cards continues to grow, so will the amount of money that goes missing. Eventually the government will have to deal with it.